I watched many amazing TV shows in 2016 (more than I should have). Here is a list of my favourite 12 Shows that I started watching in 2016. I wanted to include other should too which I have been watching for last few years, but then the list would have been too big.

Note: Not all of these TV shows were released in 2016.

The Show tells the story of Jane, a 23-years old Spanish girl who is very religious. Trying not to repeat the same mistakes as her mother (who became a teenage mom), she decided to stay a virgin until she gets married. She has everything planned out for her future and is engaged to a handsome detective who supports her decision. But what happens when she suddenly gets pregnant due to the mistake of a doctor who artificially inseminated her? And the sample was from her boss who was also her childish crush?

Watch this comedy as her life gets turned upside down, and becomes more complicated than she ever expected.

It’s not every day that a show can pull of space sci-fi so well. Hundreds of years in the future, humans have colonised the solar system, with Mars becoming an independent military power. But now Earth and Mass are on the brink of a war, while the Belters(people living in the asteroid belt) are also angling towards a revolution. Against this backdrop a hardened detective and a rogue ship’s captain come together to investigate the case of a missing young woman. The investigation leads them on a race across the solar system that could expose the greatest conspiracy in human history.

The show may be little confusing in the beginning, but well no space sci-fi show is every perfect.

This dark comedy revolves around a Fleabag, a woman trying to overcome a tragedy. See the world from her viewpoint as she struggles to come to terms with her family, love life, job and more.

If you like a dark comedy, then this 6 episode series is perfect for you.

Based on the graphic novel of the same name, Preacher tells the story of Jesse Custer, a one-time outlaw who returns home to Texas to fulfil a promise to his deceased father. As he struggles with the life of being a preacher, his life gets more twisted as a godly power enters his body. Together with his badass ex-girlfriend Tulip and a vampire Cassidy, he embarks on a journey to find the God.

The show is a little slow to pick up but totally worth it in the end.

Netflix and Marvel continue to deliver amazing TV shows. Jessica Jones has given up her short-lived career as a superhero and now works as a private detective. Suffering from post-traumatic stress syndrome, Jessica wants to do good, but her primary interest isn’t in saving the world, it’s saving her apartment and getting through each day. But what happens when the ghost of her past returns to haunt her? Based on a graphic novel intended for adults, this is not a superhero story for the kids.

This show may not be able to beat Marvel’s Daredevil, but it runs a close second.

Partially inspired by co-creator Mike Judge’s experiences as a Silicon Valley engineer in the 1980s, this comedy series follows the misadventures of introverted computer programmer Richard and his brainy friends as they attempt to strike it rich in a high-tech gold rush. After developing a powerful compression algorithm, Richard finds himself caught in a bidding war between a company trying to buy his project and a venture capitalist.

Building a startup is not as easy as it seems.

The survivors of Oceanic Flight 815 were 1,000 miles off course when they crashed on a lush, mysterious island. Each person possesses a shocking secret, but they’ve got nothing on the island itself, which harbours a monstrous security system, a series of underground bunkers and a group of violent survivalists hidden in the shadows.

Watch as the group struggles to survive on this mysterious island, where chances of rescue are quite dim.

“You’re the Worst” isn’t a typical romantic comedy. Narcissist Jimmy Shive-Overly thinks all relationships are doomed from the start, while stubborn cynic Gretchen Cutler is certain that amorous bonds aren’t her thing. When the two meet at a wedding, though, there’s a sea change: They go home together and find they’re beginning to fall for each other. Jimmy and Gretchen navigate fear, heartbreak and passion while their situation seems to establish that nontraditionalists sometimes make great partners.

This is the best rom-com I have watched yet, albeit a twist.

When nuclear apocalypse destroys civilisation on Earth, the only survivors are those on the 12 international space stations in orbit at the time. Nearly a 100 years, as their resources run thin, they must find a way. Desperately looking for a solution, the ark’s leaders send 100 juvenile prisoners back to the planet to test its habitability. Having always lived in space, the exiles find the planet fascinating and terrifying, but with the fate of the human race in their hands, they must forge a path into the unknown.

The show will get you out of your seats at times, a worthy watch.

After World War II, Claire and her husband Frank are celebrating their second honeymoon in Scotland.
But what happens whey Claire is transported to 1743 and into a mysterious world where her freedom and life are threatened? To survive, she marries Jamie Fraser, a Scots warrior with a complicated past and a disarming sense of humour. A passionate relationship ensues, and Claire is caught between two vastly different men in two inharmonious lives. “Outlander” is adapted from the best-selling books by Diana Gabaldon.

The scenery of Scotland is breathtaking, and so are the accents. Somehow you wish you were there.

Westworld with its robots-gone-rogue story continues the popular trend of technology inspired TV shows. Welcome to Westworld, a Western-themed futuristic theme park, where the guests aka humans can go and fulfil their wildest fantasies through artificial consciousness. Guests can enjoy the ultimate cowboy role-play experience and do whatever they want(literally) without risk of any consequences, until now.

The only bad thing about the show? We have to wait till 2018 for season two!

Meet Joyce Bayers, a single mum who lives in a small Indiana town in the 1980s. But what happens when her son Will disappears, and everybody starts thinking she is crazy? Watch as a group of children try their best to find their missing friend, but somehow unveil secret government experiments, supernatural power and much more.

This show is perfectly created; there is nothing I would change about it, even if I could.

What were your top 5 TV shows of 2016? Leave your list in comments! 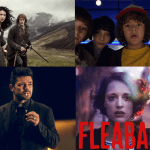 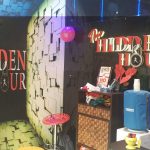 Only If Everyone Had a Jacob

Many times in our lives, we are stuck in a situation where we don’t know what to do. And only if at that point we could have someone telling us what to do next, someone like Jacob. No, Jacob is not someone I know in real life, in fact, he doesn’t even exist. Whom I’m […]
October 10, 2016January 27, 2019

2016 was an amazing year for Television shows. Many shows continued to provide excellent content, while many amazing new shows premiered too. As HBO, Netflix, etc. continue to push for more new original shows, the audience had too many great choices available to them. As the curtains fall on 2016, I decided to create a […]
December 25, 2016January 27, 2019

If there is something I have been bad at my whole life, it’s been being on time. Anyone who knows me can confirm that. Call it my laziness, carelessness or procrastination, I find it really tough to be on time. While I was in school, I used to half-run half-walk to reach the bus stop […]
February 12, 2018January 27, 2019

Goodbye 2017, You Were Tough But Thanks For These Lessons

As the curtains draw on 2017, like most people, I also have spent the last few days (read weeks) reflecting back on the year went by. The good, the bad and the rest. The year started on a great note. I had received a great job offer from one of the Big 4 companies straight […]
December 31, 2017January 27, 2019
Next